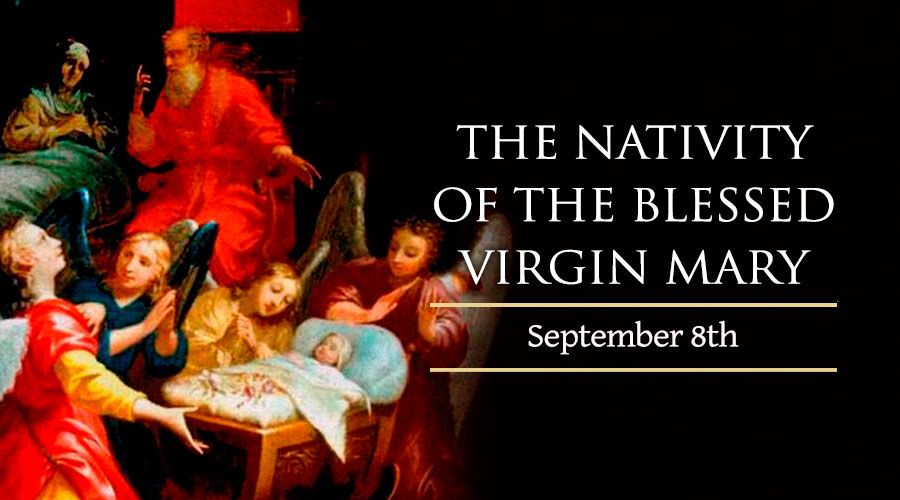 Last Tuesday I celebrated a not-so-significant birthday. It was a lovely occasion but it was yet another reminder of just how fast life was moving. Now as much as I like not to be reminded of my advancing years I was nevertheless grateful for the good wishes –   and the good gifts – that came my way. A short while afterwards, on September 8th, we celebrated the solemnity of the Blessed Virgin Mary’s own nativity.  It always strikes me as a rather curious thing that we celebrate Mary’s birthday in the first place, given the total absence of biographical detail about her birth, and indeed the life this theotokos, this ‘God-bearer’. So why do we do it?  And does it really matter?  The occasion has no scriptural basis whatsoever.  In practice, the feast of any Saint is usually determined by the date of his or her death and not their birth. There are exceptions in John the Baptist, Jesus and Mary.

The source for the story of the birth of the Blessed Virgin Mary appears to be the Protoevangelium of James, an apocryphal gospel written about A.D. 150.  And from it, we learn the names of Mary’s parents, Joachim and Anna whose beautiful representations can be seen in our own church here in the Abbey, on the right-hand side as we look towards the high altar.   We also learn from James the tradition that the couple was childless until an angel appeared to Anna and told her that she would conceive.  The traditional date of the feast, September 8, falls exactly nine months after the feast of the Immaculate Conception of Mary (December 8th).  Perhaps because of its close proximity to the feast of the Assumption (August 15th) Mary’s birthday is not celebrated today with the same solemnity as is the Immaculate Conception. It is, nonetheless, an important solemnity not least because it prepares the way for the birth of Christ.  But even more importantly, it seems to me that in this synodal church age we need to be more reflective of and responsive to the role of women in our church, both worldwide and locally here in our own parish.

Pope Francis has made reference to this issue on several occasions. And on one occasion he was prompted to say that the church still lacks a profound theology of women. “What should be the role of women in the church? How do we make their role more visible today?” one journalist asked. His answer was: “It is necessary to broaden the opportunities for a stronger presence of women in the church. I am wary of a solution that can be reduced to a kind of ‘female machismo,’ because a woman has a different make-up than a man. But what I hear about the role of women is often inspired by an ideology of machismo. Women are asking deep questions that must be addressed. The church cannot be herself without the woman and her role. The woman is essential for the church. Mary, a woman, is more important than the bishops [and] the feminine genius is needed wherever we make important decisions. The challenge today is this: to think about the specific place of women also in those places where the authority of the church is exercised for various areas of the church.”

Powerful words indeed. As we move towards the second and final year of our synodal journey we would do well to continue to reflect on the role of Mary and the role of women in our Church, now that Pope Francis has appointed three women to serve on the Vatican Dicastery responsible for appointing bishops.  This in itself is a cause for celebration but the road ahead is untested.