Other news
On the 14th and 21st August St Charbel's relics will be placed on the altar of the Abbey Church. This will be displayed between 10:30am - 12:30pm. We encourage you to pray with St Charbel for the people of Lebanon. 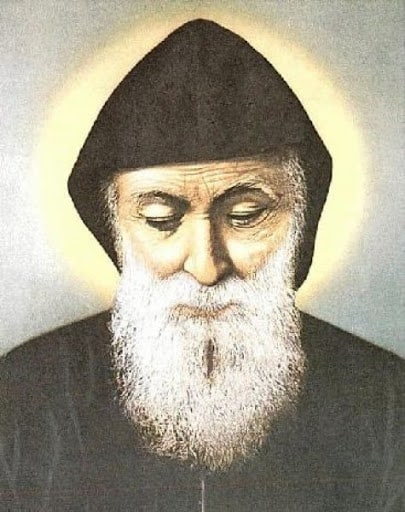 Today (Friday 14th August) and next Friday (21st August) St Charbel’s relics will be placed on the altar of the Abbey Church. This will be displayed between 10:45am – 12:30pm. We encourage you to pray with St Charbel for the people of Lebanon during this difficult time for their country.

St Charbel is not a well known saint in our parts but he is very well known in the Middle East. What follows is copied from www.catholic.org:

Youssef Antoun Makhlouf was born in 1828, in Bekaa Kafra (North Lebanon). He had a true Christian upbringing, which had given him a passion for prayer. Then he followed his two hermit uncles in the hermitage of the St Antonious Kozhaya monastery and was converted to monastic and hermetical life.

In 1851, he left his family village and headed for the Our Lady of Maifouk monastery to spend his first monastic year, and then he went to the St Maron monastery in Annaya, where he entered the Maronite Order, carrying the name Charbel, a name of one of the Antioch church martyrs of the second century. On November 1st. 1853, he exposed his ceremonial vows in St Maron’s monastery – Annaya. Then he completed his theological studies in the St Kobrianous and Justina monastery in Kfifan, Batroun.

He was ordained a priest in Bkerky, the Maronite Patriarchate, on July 23rd, 1859. He lived 16 years in the St Maron’s monastery – Annaya. From there, he entered, on February 15th, 1875, the St Peter & Paul hermitage, which belongs to the monastery. He was a typical saint and hermit, who spent his time praying and worshipping. Rarely had he left the hermitage where he followed the way of the saintly hermits in prayers, life and practice.

St Charbel lived in the hermitage for 23 years. On December 16th, 1898 he was struck with an illness while performing the holy mass. He died on Christmas’ eve, December 24th, 1898, and was buried in the St Maron monastery cemetery in Annaya.

Few months later, dazzling lights were seen around the grave. From there, his corpse, which had been secreting sweat and blood, was transferred into a special coffin. Hordes of pilgrims started swarming the place to get his intercession. And through this intercession, God blessed many people with recovery and spiritual graces.

In 1925, his beatification and canonisation were proposed for declaration by Pope Pious XI. In 1950, the grave was opened in the presence of an official committee which included doctors who verified the soundness of the body. After the grave had been opened and inspected, the variety of healing incidents amazingly multiplied. A multitude of pilgrims from different religious facets started flocking to the Annaya monastery to get the saint’s intercession.

Prodigies reached beyond the Lebanese borders. This unique phenomenon caused a moral revolution, the return to faith and the reviving of the virtues of the soul. 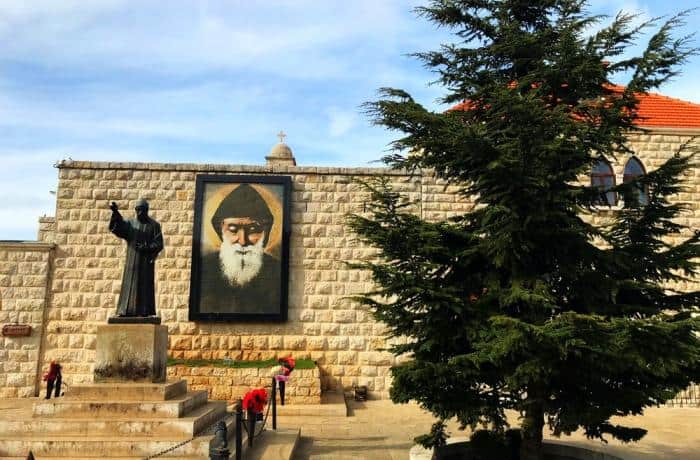