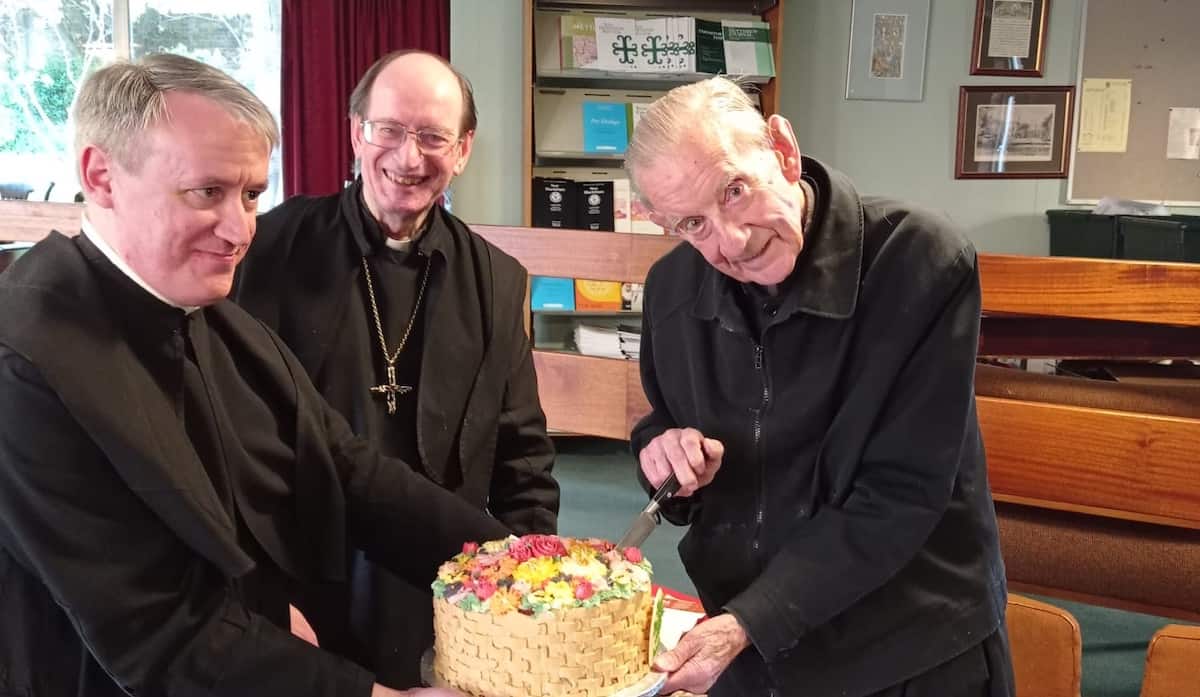 We regret to inform you of the death of Abbot Francis Rossiter at the age of 90 years old. Abbot Francis died peacefully on the morning of Friday 11th March.

The requiem Mass for the late Abbot Francis Rossiter OSB, will take place at Ealing Abbey, on Thursday 31st March at 12 noon.

May he rest in peace.

The photo above was taken on the occasion of Abbot Francis’ 90th Birthday.