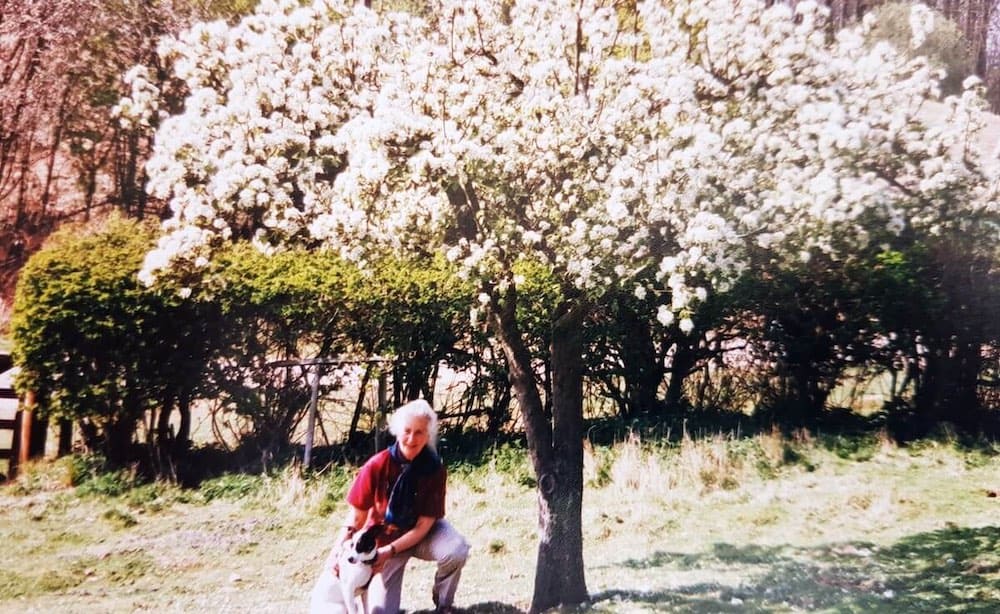 Other news
Read about the amazing life of Cecily Bennent (née) Hastings, parishioner of St Benedict's.

Many parishioners, particularly those who attend the 12.00 mass on Sundays, may recognise Cecily Bennett (née Hastings), who died on 25 September.  We thought you may like to know more about Cecily’s life.

Cecily was brought up within a radical but staunchly Catholic family.  Her mother, Mary Hazel Daunais, had been brought up at Stanbrook Abbey where her grandmother had retired on being widowed.  Cecily’s father, William George Warren Hastings, was a lawyer in Malaya, where Cecily was born, but returned to England to go to school.

She won a place at Somerville College, Oxford to read French and German, but like so many of her generation, her degree was somewhat disrupted by the war.  Alongside her studies, she joined the fire warden service, spending nights sitting on a camp bed in a museum, watching for any fires started by the bombings.

When her degree was cut short to just two years, she was interviewed for the foreign service, and chosen to go out to New York as a Vice-Consul – the first female ever to be appointed to this role.  Her responsibilities covered quite a wide range, but focussed particularly on helping British subjects to get home following the war.

On returning to England, she completed the final year of her degree (gaining a 1st) and took up a job with the publishing house run by Catholic writer Frank Sheed.  At this time she also became a regular speaker on behalf of the Catholic Evidence Guild.  This didn’t seem enough, though, and for a time Cecily gave serious consideration to becoming a nun.  She spent six months as a postulant at Kirk Edge in Sheffield, but concluded it was not right for her, and instead returned to London as a language teacher.

Cecily had kept up her connection with the Sheeds, and during this period at their instigation she undertook a number of lecture tours around the United States.  In the course of this work she became increasingly aware of the Civil Rights movement which was then increasing momentum.  True to form, Cecily got involved in campaigns to encourage black citizens to vote (and once was even shot at – although she insisted the shot was intended to miss), and helping rebuild and repaint black community churches that had been destroyed by white activists.

Once back in England, Cecily’s continued interest in theology now led to her becoming a lecturer in divinity at Strawberry Hill college in Twickenham.  To support this she took a further degree (another 1st!) in philosophy and theology at Heythrop College, a 3-year degree which she completed in only 2 years, including starting Hebrew and Greek from scratch, while also managing a full teaching load.

Meanwhile the Catholic Evidence Guild was the starting point for another dramatic set of events in Cecily’s life:  a visit to Vietnam, where the threat of war was building.  She heard of a plan to form a small fact-finding group of people who would go to Hanoi and make their presence known, acting as a kind of ‘human shield’ to try to prevent bombings by the Americans.  She met all sorts of people – including Cambodian leader Prince Sihanouk – and they saw at first hand the increasing numbers of American planes, not only violating Cambodian air space, but (contrary to American and European press reports at the time) actually dropping bombs.  Cecily also made several other connections, through whom she was to visit Vietnam several times more over the next few years, while writing letters to the Catholic Herald to increase awareness, and raising funds in the UK to help the doctors who were supporting the war-torn community in Hue.

It was quite late in Cecily’s life that she was to meet and marry Eddie Bennett, a flamboyant Irish potter with a shock of white hair and a great love for life.  They had only a relatively short time together, but through Eddie Cecily also gained a family of step-children and grandchildren who continued to be of great importance to her.  She gave her time unstintingly to supporting family and friends, visiting those who were unwell and supporting those who needed help or a place to stay.  She was very quick to realise the implications of the environmental crisis, investing at a very early stage in solar panels for her own house, and collecting discarded tins and bottles for recycling while on her daily walks with her dog.  In sum, she lived by her own very strong principles; and although she could argue very fiercely in support of these principles, or on finer points of Old Testament theology, she was quite remarkably unjudgemental of others.

In summary, a life which touches on some of the most significant events of the 20th century; a life well-lived in the Catholic faith; and a life which shows that we can all of us make a difference.

Please remember her in your prayers, 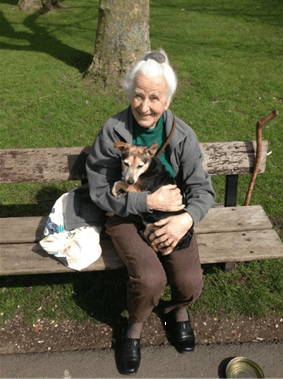